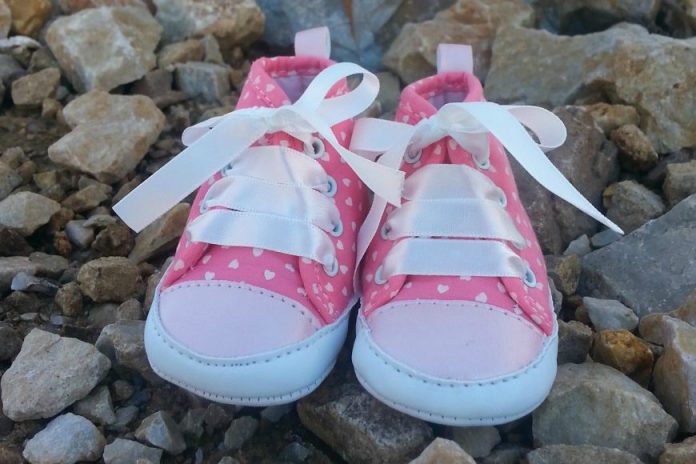 The Beginning of our Journey

Adoption has been an interest and passion of mine for years.  Before we had our son, I researched adoption and although we never put anything in motion, we had many conversations about whether the Lord would have us to move forward with growing our family this way.

Fast-forward to 2014.  We were finally settled into a house after traveling for a year and then renting for another two.  Although my health wasn’t yet 100% after being diagnosed with Lyme, the trajectory was upward and things were looking alright for taking the next step.

Since having our son, I haven’t felt like another pregnancy would be a positive for me physically.  I’ve had a couple of miscarriages, and it appeared the Lord was directing us away from more biological children for the time being.  (I know, there are a host of things I could have considered from a physical standpoint, but I’ve just never felt that was the best option for us right now.)

So, we contacted an adoption agency and got the ball rolling for our homestudy.  The homestudy process is when you meet with a social worker over a series of visits who is basically investigating whether you are fit to adopt. It also involves paperwork and more paperwork and more paperwork!  (No, not as much as a dossier that my friends have had to complete for international adoption, I admit.)  Background checks and FBI finger printing and physicals are also required. 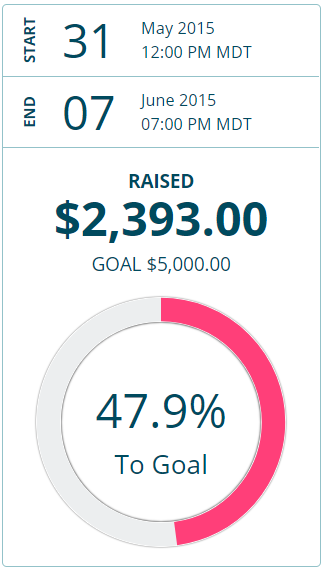 After enrolling with an agency in Michigan that facilitates adoptions in Michigan and in Florida, our homestudy was approved, and we waited.  In the meantime, we raised funds.  You may well know that adoption isn’t cheap.  The national average goes up each year, and is currently $40,000.  The Lord has provided for our needs throughout the years, but we don’t have extra, and certainly not tens of thousands extra.

My sister and I put a bunch of work into an online auction.  Wonderful people donated many different items to be sold, and it was a great success.  Then we planned a yard sale.  People were amazingly generous once again, and gave so many items to be sold.  Our neighbors were so kind to us.  When buyers realized that the sale was to support adoption, they gave even more above their purchase price.

Late summer 2015 we were vacationing in Park City, UT.  As our family was sitting around a table doing a puzzle together, my phone rang.  Our profile book had been shown to a mom, and she chose our family for her baby!  We didn’t know that day if it was to be a boy or girl, but after an ultrasound the following day, we found out she was pregnant with a little girl.

We entered uncharted waters – building a relationship with this birth mom that would carry us throughout the next 5 months of her pregnancy and, we hoped, into parenthood of her daughter.  She was a girl with a big personality, and it was fun to get to know her.

But I still had so many doubts.  Was this really what God wanted for us?  Was it really going to work out?  But every time I doubted, and asked God to just confirm this path in my heart, He did.  Either through encouragement from others, or money in our mailbox,  I was amazed at His provision.

Bumps in the Road

The holidays came and went, but they were a bit bumpy, for me at least.  I visited my sister in early November, wanting to enjoy some time with her before her third baby arrived.  Shortly after returning home, on Nov. 23rd, I got a text from her saying that she had given birth to her baby, but he had spina bifida and would require surgery.  I made plans to get back on a plane with our little son and went to Illinois to help with Sarah and Micah’s kids for a couple of weeks. 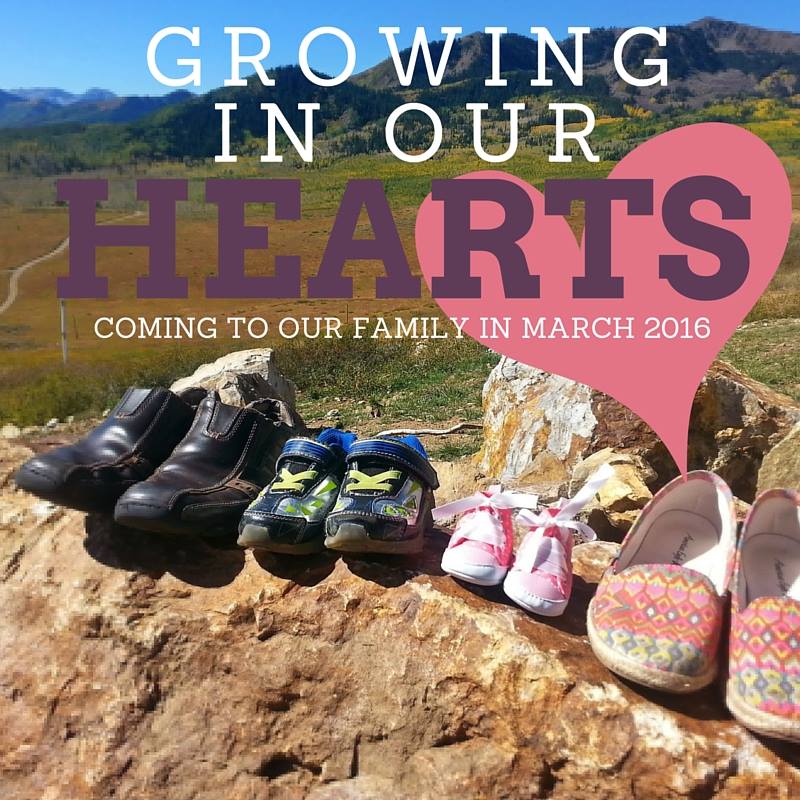 By the end of those two weeks I was so dizzy and having an awful time with a myriad of symptoms.  I couldn’t figure out what was going on, and some of these physical symptoms were completely new.  This was during the time that Chipotle had an outbreak of E. Coli, and I had eaten there several times over the course of my time there.  I still don’t know what caused what, but I now know in hindsight that mold in my sister’s house was not a positive thing for my health.

My son and I flew back to Utah.  I felt so awful waiting for our flight that I thought I might faint.  So light-headed.  Reacting to the smell of popcorn in the terminal.  Taking anti-histamines and just praying that God would get me home.  There was a really sweet lady who played with my son while we waited, and we finally boarded our direct flight home.

I’m pretty sure that we picked up a nasty virus on the plane, which led to days of suffering following our trip.  Miraculously (or so it felt) the Lord allowed us to be well enough to go to New Hampshire about 1 ½ weeks later to be with my grandparents and family for Christmas.

The next couple of months were physically rough for me.  December had really worn me out, and somehow added a whole new dimension to my health issues.  My fatigue and dizziness were unlike I had experienced for a long time.  Added pain and a new one –anxiety brought on by mast cell histamine issues– made life really hard.  Plus, I was reacting to so many foods.  As I watched my already extremely limited food supply dwindle, I only wondered what I would react to next.

Then the call came!  Our birth mom was in labor 3 weeks early.  We were preparing to be ready to go 2 weeks before her due date, but not three.  That week we had some really big things to accomplish before leaving, but babies aren’t usually concerned with schedules! 🙂  Stay tuned for part 2 of our story! 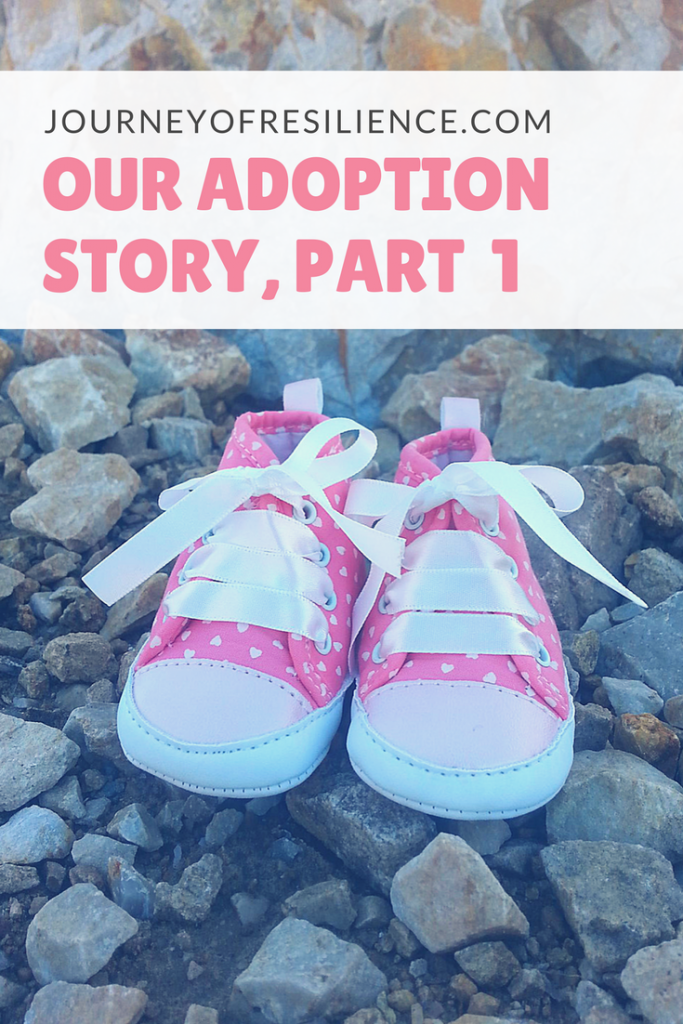 Hope in Infertility: When Your Story Doesn’t Follow Your Dreams

Incontinence and the Neurogenic Bowel